My dog has a nemesis, a stupid fat squirrel I’ve nicknamed Dumbo. Dumbo wants nothing more than to enjoy the seeds in our birdfeeder. Not content to roll around like Scrooge McDuck in the seeds that blanket the ground beneath the feeder, Dumbo tries to get into the bird feeder via the tree to which it is attached, scurry along the post, defeat the squirrel baffle, and eat from the feeder.

Dumbo is rarely successful, but he sure is committed and determined, if not oafish and stubborn.

My dog will stand at a screen door or a screened window and growl at the squirrel, occasionally aggravated enough to indulge in a full-throated bark, which sends Dumbo flying into nearby shrubbery. My dog stares menacingly for a moment, goes for a nice belly rub or derp, only to catch wind of Dumbo at it again.

The only thing holding him back from lunging is the screen on the door and the window, and I wonder if he will ever be agitated or motivated enough to burst through it, pain and damage be damned, to give Dumbo chase.

Our school district offered us the choice of remote learning or in-person for the mornings (everyone is remote in the afternoons.) We chose remote learning, knowing full well what that would mean in terms of pros and cons for everyone in the family. Mostly for me, I’m on-call, I’m comforting, and I’m trying to help if there are tech issues. I’m also the person they chitchat with during the day if they are sick of each other. You know those moments in school between activities when you’d jibber-jabber with a friend or brush past someone on the other side of the classroom just because? It’s in these transition moments that we learn how to be kids in the world. My kids are feeling that loss right now, but the reasons to keep them home, for our family, outweigh that, and we are working on helping them to maintain relationships in other ways. But it’s hands-on to do that, as so much else of this is.

The trade-off is the writing,  and I am trying to reconfigure it all. There are days that simply trying to figure it out, reworking the whens and hows and whats of it all is the work of the day. Mostly logistics, little creation – much like I’m sure many teachers right now are all logistics, at least until some sort of tenuous rhythm is established. When I do get to writing the novel, it’s a nice escape, even though I’m doing some deep dives into the psychology of despair, Kierkegaard, and political abuse. I had hoped to be done entirely by end of September, but am not allowing myself to say that the first third of the book will be done – hopefully – by end of 2020. This is what I can do right now.

It feels terrible and like nothing and yet bone-tiring. 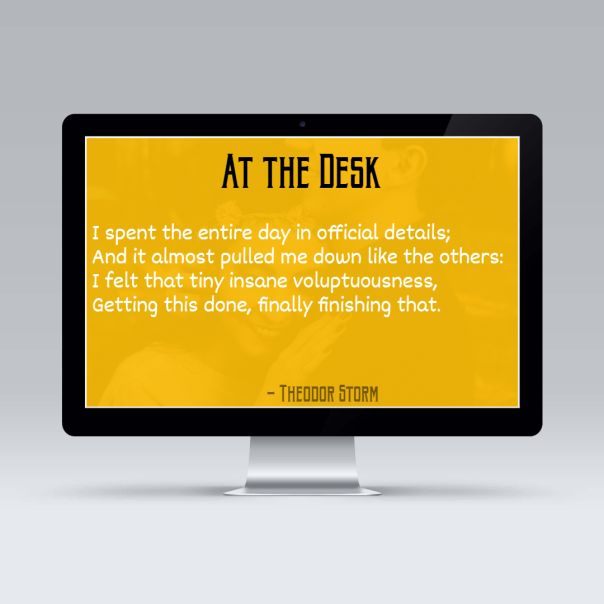 I’ve been knitting a natty pair of socks and brought them on a road trip because I had about two hours of work left on them and thought I could just get them done. It didn’t travel well and I should never take projects on double-pointed needles out of the house. So I started over and now I’m about 15-20 hours of work away from finishing (I’m a very slow knitter).

Somewhere in all this is a metaphor for writing in August. Am I the dog? Am I the squirrel? Am I the sock? Or is the work one of those?

Am I just an overwhelmed working mom eating too much ice cream and typing a few words and calling myself voluptuous?

Onward to ladle little teaspoons of words onto the page.