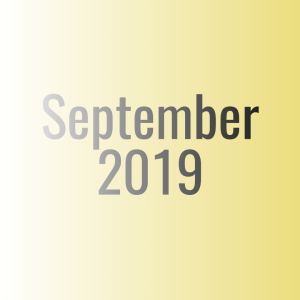 *Peeks head out of hole*

Did we make it?

Are we in October?

Ah. Greetings, you apple-pickers, you plaid-wearers, you imbibers of spiced coffee drinks.

Shoo, September, you summer wanna-be, talking out of both sides of your mouth. Oh! Fresh beginnings – many of them, and you’re already behind! Oh, it’s fall! Still 90 degrees out, but now you can’t necessarily prance about in a bathing suit for some reason.

Come into my warm embrace, October! Bring your slight chill, your moodiness, and your utter dearth of seasonal optimism. I shall enjoy your Halloween and its ample irony and nougat.

(Grumps go into hiding in December.)

I’m finally able to really focus on the writing again – summer is a bust for the necessary shedding that is writing/rewriting/editing. Summer was better for research and requisite self-flagellation over not writing.

I’ve been eyeballs-deep in research about fascism, which is a part of my (dark, yes?) comedy novel. It’s been upsetting and imparted a sense of urgency to the work.

The final phase in research and prep before cracking open the draft and skinning it alive is sitting down with my characters and finding out what makes them tick.

As this is the first time I’ve written a book, I am simultaneously trying to figure out the book itself and also how to write it. Probably for the next go-around, I will outlining and fully develop characters before launching into a draft. (Planner v. Pantser: Planner Victorious), but I don’t consider what I’ve been doing for the last year to be a waste of time or ineffective, which is more merciful than I usually am with myself.

My characters are weirdos and I love them all in their glorious pandemonium. I love my Wicca artist-activist. I love my smart-assed radio producer. I love my passive-aggressive, dumb-dumb neighborhood nemesis. I love my completely power-ravenous antagonist. I love my awkward, screwy, self-sabotaging, self-conscious yet reckless protagonist. Getting to spend time with them every day is a joy and a complete pain in the ass. I’d hang with them IRL.

I should probably work on cultivating more real-life friendships, though, because I prefer to fill a booth when I go out with friends, rather than a seat at the bar.

My biggest fear is that the writing won’t be at the level it deserves, that, in a weird way, I won’t reach my potential. It can be paralyzing, but something that is tamed by rolling up my sleeves and going one paragraph at a time, one writing session at a time.

And embracing the inner grump.

*pops back down into hole*

Succession is about as far from Biggest Little Farm but both are worth your while if you like to cringe and laugh and cry.

Speaking of cringing and crying, this article about young girls’ insecurity is a must-read.

October is my favorite month of the year, and I hope yours brings you lots of things to conquer, hugs, and a need to get a booth when you go out with friends.

By the time I passed this guy and saw the tinted driver’s side windows, I had already drafted an entire short story about how every time he walks into a room, men high-five him while women’s panties mysteriously melt away.
Loading Comments...
%d bloggers like this: